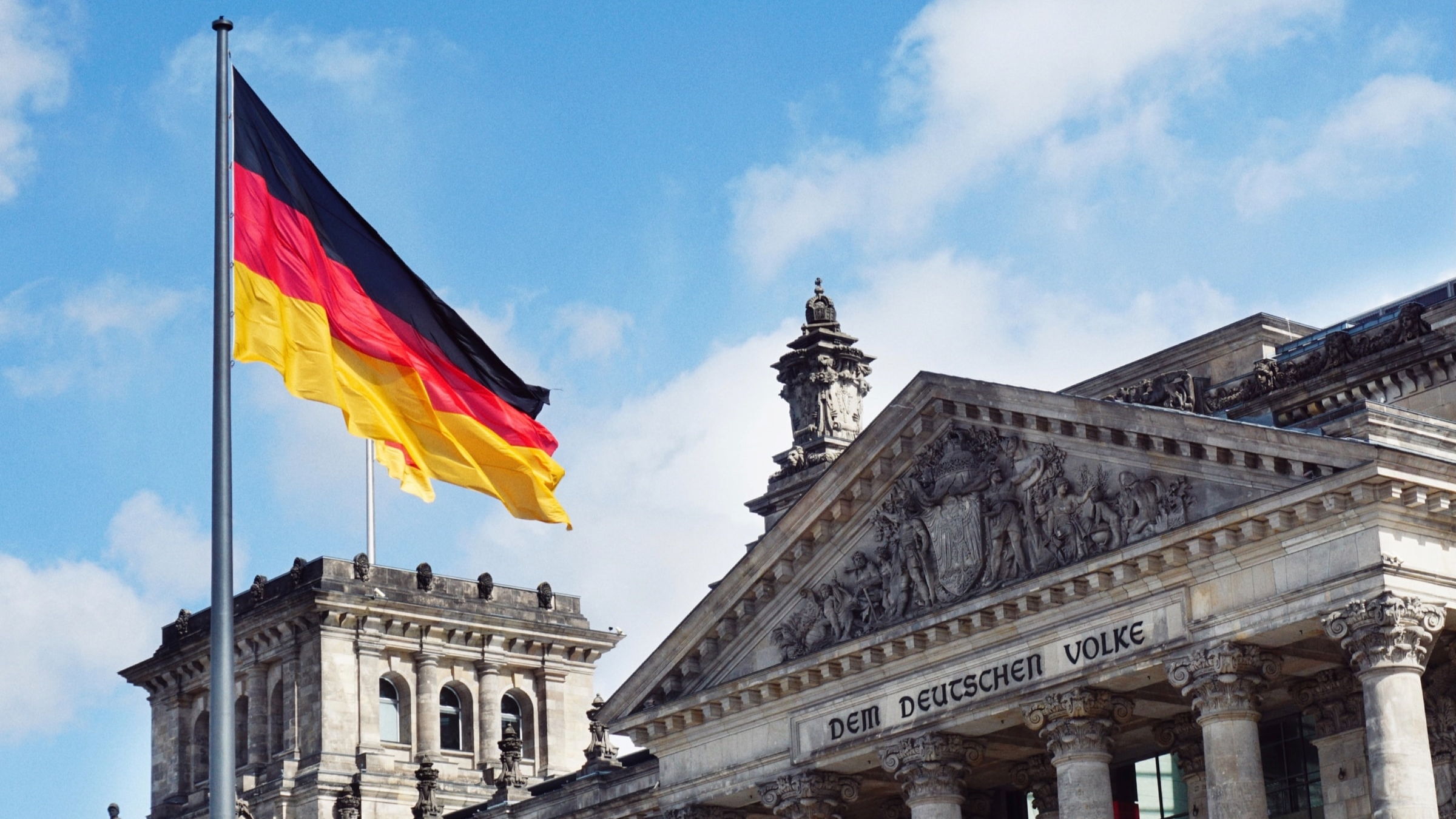 Germany Is Facing A Serious Tech Talent Shortage; Here Are The Solutions

According to an IWOBI survey, more than 4 German companies have experienced a tech talent shortage. The tech industry in Germany has several problems and it is not easy to find the technical talent you need. A recent study by Prognos AG clearly shows that the number of available jobs for specialist IT experts in Germany increased. Combine this with the fact that during the last years, it was rather challenging for IT departments to fill open positions with good candidates and you will understand why the tech talent shortage in Germany is such an important topic to discuss.

The German tech talent shortage is on the rise. Especially for startups that focus on innovation and disruption, hiring suitable talents may be an uphill task. This will put them at a disadvantage as comparable companies based in other countries may make use of their resources to outperform the Germans.

Companies scramble to fill up to 300,000 open jobs in the country. The lack of IT talent will cost Germany €8.5 billion over the next four years, according to a new report by the German digital industry association Bitkom.

More German businesses are hiring remote software developers to speed up their development process and access technology talent that isn't in short supply. By building your offshore development centre (ODC) in India, you can take advantage of this untapped opportunity and attract the best developers from India to work for your business.

There are several problems that the tech industry in Germany is facing (high turnover rates, lack of skills, etc.)

One of the biggest challenges is finding enough talent to fill all the open positions. The tech industry in Germany is facing a crisis. The country has one of the best education systems in the world, but it’s not producing enough qualified workers for its booming economy.

A recent study by the German Chamber of Industry and Commerce found that almost half of German companies have serious problems finding people with the right skills. Almost 80 per cent of respondents said they were having trouble filling positions for programmers, engineers and data scientists.

The German government has been working on this issue for some time and has attempted to increase the number of students graduating with computer science degrees. But even with these efforts, there will still be a shortage of skilled workers shortly, according to TechCrunch.

A new report from McKinsey finds that Germany’s technology sector is facing a shortage of skilled workers. This is especially true for artificial intelligence (AI) and machine learning roles.

McKinsey surveyed more than 7,000 companies in 11 European countries about their hiring needs and found that 60% of German companies have trouble filling IT jobs. The problem is especially acute for AI and machine learning roles, where vacancies are expected to increase by 39% over the next two years.

The lack of IT talent will cost Germany €8.5 billion over the next four years according to a new report by the German digital industry association Bitkom

The organization estimates that there are currently around 600,000 unfilled IT jobs in Germany, compared to just 20,000 graduates in computer science each year.

"The gap between supply and demand is growing," said Bitkom CEO Bernhard Rohleder in a statement. "The shortage of skilled workers will become even more acute as companies expand their digital activities."

The Bitkom survey found that companies in Germany have been unable to fill roughly half of all vacant IT positions over the past five years due to the lack of qualified applicants.

The study found that the country has only 3,000 more computer science graduates than it needs each year, but that's not enough to fill all the open positions in companies like Deutsche Telekom and SAP.

"Germany is facing a serious shortage of IT skills," said Bitkom president Achim Berg in a statement. "The lack of qualified staff is not only a problem for German companies but also their international competitors."

According to Berg, this shortage could lead to lost profits and an inability to compete globally. The report found that 90 per cent of companies have difficulties filling positions with qualified employees — especially with software developers and database administrators.

According the German Digital Council, it estimates that by 2025 at least 200,000 new IT professionals will be needed in Germany. This number could even rise if all companies want to take advantage of new technologies and create their innovations.

The Federal Association of Information Technology, Telecommunications and New Media (BITKOM) estimates that there are 1.5 million unfilled IT jobs in Germany. Companies have to deal with long waiting periods for new employees and increased costs for temporary agency staff.

As a result, Germany has been forced to rely on foreign workers to fill these positions. Of the 860,000 unfilled IT jobs in Germany, around 300,000 have been filled by foreign professionals.

The shortage of skilled workers has become a serious problem for many companies, especially for small and medium-sized enterprises (SMEs). The Federal Ministry of Labour and Social Affairs, therefore, supports the initiative "Digitale Jobs - Digitale Talente" ("Digital Jobs - Digital Talents"), which aims to tackle this issue.

In addition, more than half of the businesses surveyed said they were having trouble finding software developers, while more than a quarter said they were experiencing difficulties recruiting IT managers.

The issue is so acute that it's starting to affect productivity and profitability at many companies. Almost a third of respondents in the survey said they had already lost business because they couldn't find enough people with the right skills.

The problem stems from Germany's ageing population and low birth rate. According to the Federal Statistical Office (Destatis), the average age at which people leave education and start working in Germany has been rising steadily since 2000 — from 22.9 years old in 2000 to 26 years old today — while the number of school graduates has been declining since 2009 due to poor economic conditions as well as demographic factors (i.e., fewer children being born).

Many companies in the technology sector face the issue of hiring and retaining good developers, but outsourcing could be a solution to this problem

Germany's universities produce only about 10,000 graduates each year with a degree in computer science or engineering, according to the German Ministry of Education and Research (BMBF). At the same time, demand for developers is increasing rapidly: The number of open positions for IT professionals has grown by nearly 50% since 2010, according to a study by recruiting platform StepStone.

A report from McKinsey finds that Germany has an acute shortage of highly skilled workers in science, technology, engineering, and mathematics (STEM).

These skills are becoming increasingly important as automation makes its way into all aspects of life, including the workplace.

The study estimates that Germany will need to fill 1 million high-skilled vacancies by 2030.

The idea of outsourcing tech talent might sound counterintuitive at first, especially if you're an established business with a strong culture and team. But as more businesses compete for fewer developers, outsourcing becomes an increasingly attractive option.

Here are three reasons why you should consider outsourcing your technical recruitment:

1) You can hire from a global pool of talent

3) Outsourcing allows you to scale up quickly when needed

If you are an entrepreneur or a CTO in Germany, you should take action NOW and build your offshore development centre (ODC) in India

There are more than 1.5m engineers with bachelor's degrees in STEM fields graduating from colleges every year in India. The number of graduates from top IITs like IIT Bombay and Delhi even exceeds that figure by a big margin. So there's no shortage of candidates for your job openings.

India has been voted as one of the best countries to start a startup by many leading publications including Forbes, Entrepreneur and Inc Magazine. Many entrepreneurs have started their businesses in India and they're doing well now.

India is a hotbed of technology talent, so it makes sense that Germany would try to tap into that pool. Not only are hiring costs lower compared to local hires, but there are also fewer regulatory hurdles involved with hiring remote workers — including less paperwork and fewer immigration issues. Plus, if you're looking for employees who speak English (especially German-English), India is an ideal place to look since English is one of its official languages.

By building an ODC, you can attract highly skilled software developers at a more affordable rate than you're able to get locally

An ODC is an office space located outside your home country where you can hire foreign workers at lower rates than you could locally. This allows companies to have access to high-quality talent at lower costs, which leads to increased profits and better product development capabilities.

The attraction of a country like India is that there's a lot of talent in the market that you can hire for a much lower price than what it would cost if you were to hire them in Canada or the United States. That effectively lowers your development costs and increases your team's productivity.

If you're an entrepreneur who needs help developing their product or wants to expand your business internationally, then consider building ODC in India. It's a great way to save money and build a high-quality team that can help grow your business.

An ODC allows you to hire highly-skilled developers who know your business inside and out without having to relocate them abroad; this reduces risk and increases efficiency by not having to travel back and forth between locations for meetings or training sessions.

You can retain full control over your project because all communication occurs through Skype or another online platform; this means you don't have any language or cultural barriers when communicating with your team members abroad.

Instead of handing over your project entirely to an overseas agency, you are able to maintain control over all aspects of the project including requirements gathering, design, quality assurance testing and software development itself. This means that if there are any issues with your product or service during development then they can be dealt with quickly before they become major problems later down the line.

You have complete control over the quality of work produced by employees in India because they are not only employees but also partners who share your goals. They have access to the same tools as your own developers so there's no need for them to learn new systems or languages before starting work on projects.

They can provide quick results without sacrificing quality because there's no waiting time for approvals or paperwork — they just go ahead and do it.

In conclusion, Germany is facing a serious tech talent shortage that must be addressed to ensure future growth in this important market. If you are an entrepreneur or a CTO in Germany, take the step and build your offshore development centre (ODC) in India. The time to act is NOW.

There are several benefits of having an ODC. Accoty is your partner on the ground in building and managing your ODC in India. You can check out how we help you build it from scratch. Drop us a line and get in touch to move the needle and overcome the talent shortage.