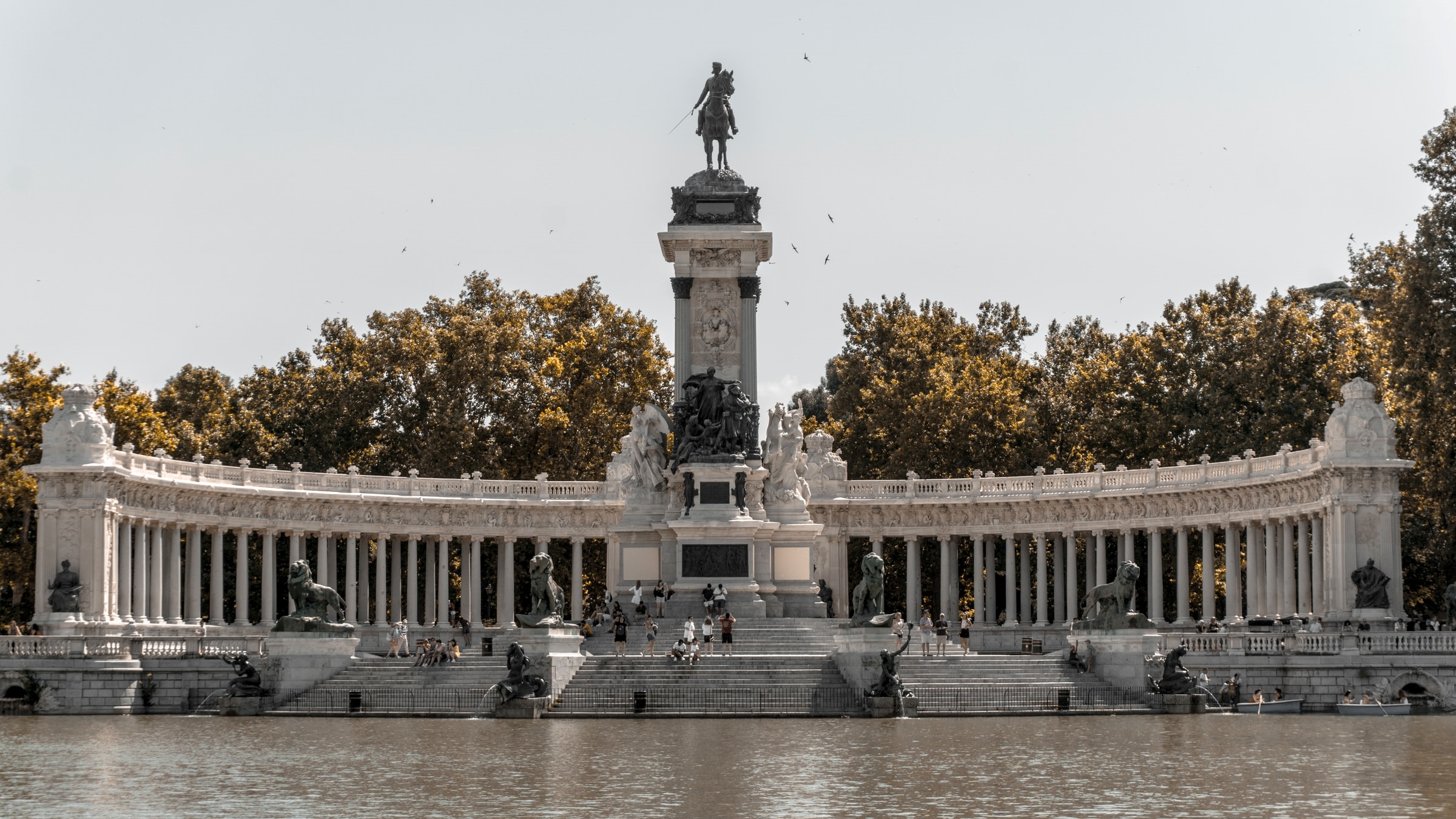 How To Fix The Tech Talent Shortage In Spain

There is a tech talent shortage in Spain. The news is coming from everywhere: recruiting websites, newspapers, C-level executives and candidates who struggled to find their dream job. The problem is real and it's affecting the market.

The shortage of tech talent in Spain is real

The country is facing a serious shortage of qualified IT professionals, and it's putting the brakes on its economy.

A recent report by the Spanish Ministry of Economy and Competitiveness revealed that there are no more than 2.2 million people employed in "ICT activities," which include computer programmers and systems analysts, as well as other positions related to information technology. That's only about 7% of the total workforce in Spain — compared to 10% of the EU average, according to Eurostat data from 2017.

And despite efforts from both public and private sectors, this figure isn't expected to improve anytime soon. A 2018 study by the Spanish Association of Information Technology says that there were 190,000 vacancies in these positions last year — up 17% from 2016 — while the number of people studying these subjects has declined over the past five years.

The problem of tech talent shortage is so real that the country has been called a "black hole" for the technology industry and startups.

The lack of qualified developers has forced companies like Google to expand their search outside of Spain to find talent, while others have had to relocate their headquarters abroad due to the lack of local talent. This has created a situation where many companies are experiencing a major bottleneck in their growth because they can't hire enough developers who can skillfully handle their projects.

The problem is so severe that one study found that 90% of Spanish engineers would prefer to work abroad rather than stay in Spain if given the opportunity.

Demand for Developers Is Skyrocketing

Spain’s tech talent shortage is so severe that companies are offering to pay off university students’ student loans if they sign up for a job at their company.

This is according to an article in The Guardian, which says that the country has a shortage of over 400,000 skilled developers. The article cites a study by recruitment firm Randstad Technologies, which found that despite being Europe’s second-largest economy and having an unemployment rate of just 11 per cent, Spain struggles to fill vacancies for technology roles.

To combat this problem, some companies have started offering incentives like free training courses and even paying off student loans to attract new talent.

The demand for developers has been growing at a steady pace over the past few years. According to Stack Overflow, demand for software engineering positions grew by 6% in 2018. That's almost twice as fast as the next most in-demand position, which was data science at 3%.

Developers are in high demand because companies need them to build new applications and products. It's also difficult to find developers who have the right skill set, which is why some companies turn to outsourcing companies or offshore teams for help.

The rise of AI and automation has led to an increase in demand for data scientists and machine learning engineers, who can help companies make sense of large amounts of data coming from diverse sources and automate processes using computer-based systems.

What's going on in the Spanish Startups Ecosystem?

Spain is one of the most active countries in Europe when it comes to startups. We have seen exponential growth in the number of startups, new investors and other stakeholders that make up what we now know as the Spanish Startups Ecosystem.

But there is a problem — a big one.

The tech talent shortage is real and it's affecting every aspect of our ecosystem.

There are not enough developers, designers or marketers to fill all the open positions at startups and established companies alike. This shortage creates problems for everybody involved: companies need more people to help them grow but can't find them; employees have fewer options available to them; entrepreneurs have less access to capital because investors aren't convinced that their companies will be able to compete globally without strong teams behind them.

According to StartupWoerks, there are over 500,000 unfilled jobs in Spain's technology sector. And this doesn't include all those jobs that are still open after months or even years.

What are the problems that the Spanish market faces due to the tech talent shortage?

The lack of technical skills is one of the main reasons why Spain has lower productivity than other European countries. In addition, it hampers innovation and competitiveness, which are two key pillars for economic growth.

In fact, according to recent studies, companies in Spain spend more than 18% of their budget on training and development activities. On average, they dedicate 8% of their payroll to these costs.

Due to a lack of talent, Spanish companies are losing an edge in the global market. They are not able to adapt to the changing in technology faster enough. This makes them less competitive when compared with other countries that have no such issues when it comes to finding talented employees for their businesses.

Companies also face difficulties when trying to expand into new markets because they don’t have enough people with the experience needed for their expansion plans. It can also make it hard for them to grow at home because they will be unable to provide the same level of service as other companies who do have enough manpower available for their needs.

Reasons for the shortage of tech talent in Spain

The number of people who graduate in Computer Engineering is lower or not even enough to cover the available job market. A few other reasons for the shortage of tech talent in Spain are:

A lack of qualified candidates

There simply aren't enough people with the right skills to fill the jobs available. This is particularly true in the technology sector, which is growing much faster than other industries.

As new technologies emerge and old ones fade away, workers need to constantly adapt their skills or risk being left behind.

The average age of a worker in Spain is 42 years old — compared with 39 years old in the U.S., 38 years old in Germany and 36 years old in France — making it more difficult for companies to find younger workers who will stick around long enough to become experienced employees

In Spain, only 7% of university students graduate with a degree in computer science or engineering. This means that most people who have studied these subjects are male and over 35 years old – not exactly the kind of people you want working in your company.

Spain has been slow to embrace technology

While other countries have been embracing new technologies and investing heavily in them, Spain has lagged. The country also lacks a culture of entrepreneurship and innovation, which makes it difficult for entrepreneurs to develop their ideas and turn them into successful businesses.

The tech talent shortage is a problem that every country is facing. In Spain, the situation is even worse than expected.

The demand for software developers, engineers and other technical professionals has increased in recent years, but the supply hasn't been able to keep up with it. As a result of this, companies have been forced to hire freelancers or look for other alternatives such as outsourcing their development tasks to countries like India and China.

Building an offshore development centre(ODC) in India can solve this problem of tech talent shortage. It allows companies to hire talented employees who have experience working on projects similar to theirs and who have proven themselves as capable professionals.

There are several reasons why building an offshore development centre in India is so beneficial:

Building an ODC in India will solve three main problems:

The first problem is finding enough qualified staff members to work on projects. In some countries like Spain, there are not enough qualified candidates who want to work full time doing tech support or development work. An ODC will provide access to thousands of talented developers who are willing to work part-time or full-time depending on what your needs are.

The second problem is communication. Many teams have difficulty communicating with their outsourced developers and they can spend a lot of time waiting for answers back from them. An ODC will solve this problem because you can talk directly with the people working on your project in real-time via video chat, Skype or any other instant messaging platform that works for you. This will allow you to get answers back quickly without having to wait for hours or days for an answer back from someone who may not even be available at that time.

The third problem is saving money by hiring people across the globe. You can hire someone from India who charges $5 an hour instead of paying someone from Spain who charges $20 an hour for the same level of expertise and experience. It's a no brainer.

Although opening an ODC in India may seem like a big step at first, it can actually make a lot of sense

Although opening an ODC in India may seem like a big step at first, it can actually make a lot of sense. For example, the cost of hiring developers in India is much lower than it is in Spain or other countries. This means that Spanish companies can hire more developers without spending as much money on them as they would have had they hired people locally.

The reason why this works so well is that you're no longer limited by factors like geography, language or culture when you're hiring from overseas. As long as your business processes are automated enough and your recruitment process is efficient enough, you should be able to find good people quickly and easily offshore to India.

Find a partner in India who can build a custom ODC model for you. Custom models are necessary because companies are all different, and so are their needs. In ODC, nothing off the shelf works. You need a partner who is willing to be on the ground and work for you.

We at Accoty provide custom ODC building and manage it. We hire talent as per your requirement, onboard them, and take care of local laws and taxation. We do not stop here, we also manage your ODC daily so that you can take your hands off and spend the time on growing your company.

Drop us a line to get in touch or send us an email at hello@accoty.com.