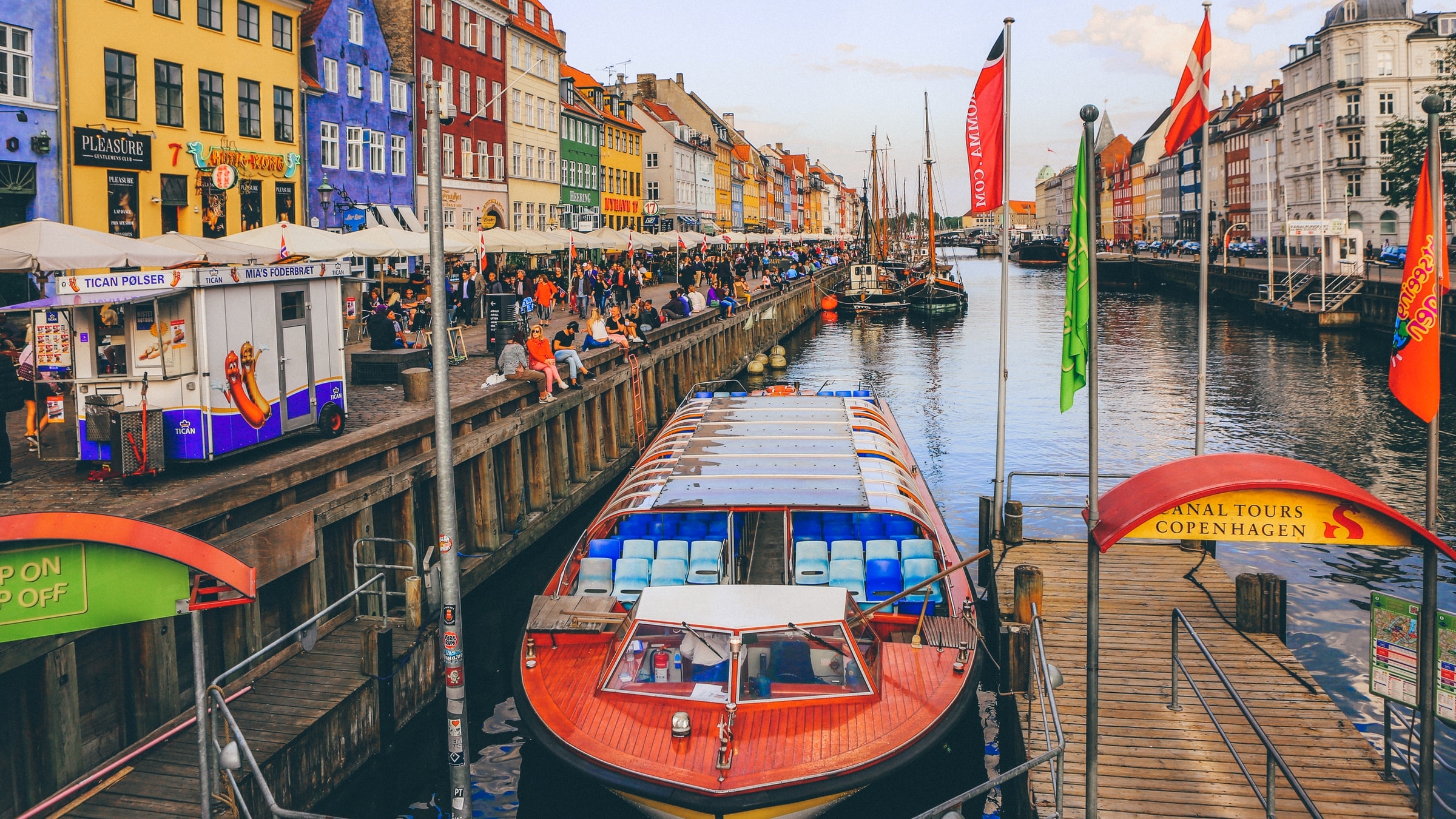 The tech talent shortage problem in Denmark & how to solve it

At a time when there is an acute shortage of qualified software programmers in Denmark, leading Danish companies have been increasingly investing in outsourcing to India. In the past year alone, companies like Danfoss, Novozymes and Cerba have established offshore centres in India. They have come to learn that the option of offshoring to India offers them cost savings through flexible staffing, faster time-to-market, quality and competence, access to skilled staff and a greater focus on customer needs and concerns.

ODCs have shown their value in solving the chronic shortage of software programmers in Denmark and other countries that are facing the same problem. By building your ODC in a country with a large pool of software engineers, such as India, you will reap huge benefits.

The problem of tech talent shortage in Denmark

The tech industry has been booming over the past decade. The number of tech companies and jobs in Denmark has increased significantly, but the supply of experienced employees is not keeping up with the demand for them.

According to a study by IDA, the Danish Industry Association for ICT and Telecommunications, there are currently more than 5,000 open job positions for IT specialists in Denmark. This number is expected to double within five years if nothing is done about it.

The Danish government estimates that more than 50,000 positions are unfilled in the IT sector alone.

In response, the government is encouraging more young people to choose STEM subjects (science, technology, engineering and mathematics) in school so they can train for these jobs.

The lack of skilled workers in this sector will have negative consequences on Danish companies' competitiveness and growth potential. It also means that many talented young people will be forced to leave Denmark because they cannot find suitable jobs here or do not wish to wait around until they find an opening at a company they want to work at.

According to the Danish Agency for Digitization, Denmark has a shortage of digital skills. The agency has published a report that describes the current situation as well as potential solutions that could help solve this problem.

The report states that there is a lack of qualified IT professionals in Denmark, which can be attributed to several factors including:

-Another reason is that IT jobs are seen as boring or less prestigious than other professions.

The problem is particularly acute for companies in the life sciences and technology industries because they require highly specialized skills and knowledge that can't be taught in schools or universities.

The lack of tech talent isn't just an issue for Denmark but also for other European countries such as Sweden, Norway and Germany. And it's not just affecting small businesses — even big corporations like Google have been affected by this shortage.

If you're looking for IT talent in Denmark, you shouldn't have to look too hard to find it. According to the Danish Chamber of Commerce (Dansk Erhverv), there are currently more than 20,000 IT workers in Denmark — and that's just counting those with computer science degrees. The problem is that there aren't enough skilled workers who can keep businesses competitive in today's digital economy.

The tech talent shortage problem in Denmark is real. According to a recent survey by the Danish IT, Industry and Manufacturing Association (IT-Branchen), nearly 60% of businesses reported difficulty finding qualified IT professionals.

The Danish government has taken note of this issue and has begun working on solutions. In 2017, the government announced a plan to create 8,000 new IT jobs by 2025 with an investment of DKK 1 billion (approximately $144 million). A DKK 200 million ($29 million) fund was set up specifically for small and medium-sized enterprises (SMEs) to develop their digital capabilities.

"We need more people with IT skills to stay competitive as a nation," says Marianne Bredal from Dansk Erhverv. "Without these talents, we won't be able to compete globally."

Why should you consider the option of offshoring?

When it comes to technology, Denmark has some of the most skilled and educated people in the world. For those who are not aware of this problem, there are simply not enough people in Denmark with the right skills to fill all open positions within IT companies. This has forced many companies to completely stop hiring new employees or even lay off existing employees because they simply cannot find anyone with the right skillset.

The lack of qualified workers also means that businesses are losing money because projects are delayed or cancelled due to a lack of manpower and expertise. If you're looking for IT specialists, now is probably not a good time to start searching for them in Denmark.

But if you're looking for someone with specific qualifications, then there's still hope! You just need to look outside your country's borders and hire from abroad (if possible).

Today, there are many ways to find the right talent for your business. You can hire locally or internationally and even outsource work to freelancers or agencies. But there is one option that is still poorly understood: offshoring.

Offshoring is a strategy where companies move their operations and employees to another country to cut costs and increase efficiency. It’s commonly used by manufacturing industries like automotive or food production, but it can also be applied to other sectors such as IT.

You indeed need time to implement this strategy and get your team on board with the idea. But once you do so, you can start seeing results in less than a year! The first thing you will notice is an increase in productivity as well as an improvement in quality of work thanks to better communication with your offshore team members (since they speak English). In addition, hiring new developers can take up to 3 months on average and finding people with the right skillset could take even longer. Offshoring allows you to save time (and money) by offshoring these tasks instead of doing them internally.

The tech talent shortage is a big issue for many countries. For example, the UK government estimates that there will be a shortfall of more than one million ICT workers by 2022.

The situation is similar in Denmark, which is why companies are looking for other ways to solve the problem. The Danish IT association Danske IT has recently published a report where it argues that offshore development centres can help solve the problem.

The report points out that Denmark has been using so-called 'nearshoring' since the 1990s and it's still used today. Nearshoring refers to outsourcing work to countries in Europe and North America while keeping operations close enough so that they can easily be supervised. For example, many Danish companies have moved their IT departments to Ireland or Eastern Europe where they have access to highly qualified developers at lower costs than if they were hired locally.

But nearshoring has its limits and can only provide temporary relief from the talent shortage problem while also creating other challenges such as increased complexity and reduced trust between partners. Offshore development centres may offer a better solution by providing access to skilled developers at lower costs while maintaining control over their operations.

Offshore Development Centres (ODCs) can help solve tech talent shortage problems by providing access to qualified professionals who can work remotely from anywhere in the world. This means that companies don't have to be restricted by geographical limitations when hiring talented developers and other IT professionals who can contribute new skillsets and experience levels.

In-demand skills such as machine learning, data science and AI are difficult to find locally, so many companies are turning toward offshore development centres in countries like India, China and the Philippines.

There is a significant shortage of skilled IT professionals in Denmark. The country is facing a deficit of more than 7,000 IT professionals, which means that many companies have to struggle with a lack of resources.

This issue has become even more complicated because Denmark has been experiencing a brain drain for the past few years. According to a recent study by the Confederation of Danish Industry (DI), only 30 per cent of skilled workers stay in Denmark after they finish their education.

The main reason behind this brain drain is that many Danish companies cannot afford to pay competitive salaries, especially when compared to other European countries such as Germany and Norway.

However, there is hope for companies looking for IT talent in Denmark: offshoring.

Offshoring your IT projects to India can be an excellent solution for your company if you want to build up your capacities without spending too much money on them.

The tech talent shortage problem in Denmark & how to solve it

There are several reasons why offshoring makes sense:

1. The cost of living is lower in India than in Denmark, which can make it easier to attract and retain talent.

2. There are more IT professionals available than there are jobs for them in India.

3. Denmark has a limited pool of people with the right skills or experience for the job, so companies need to look elsewhere to find the best talent.

Offshoring provides competitive advantages in terms of cost and quality

Offshoring provides competitive advantages in terms of cost and quality – especially for those companies who need highly specialized or niche skill sets that are in short supply locally. This can help them scale up faster than their competitors who cannot access the same resources at an affordable price point.

It’s much cheaper to hire developers in developing countries than it is to hire them in Denmark. Developers typically earn less than their Danish counterparts, so you can save money by hiring offshore developers. Furthermore, the cost of living is lower in India than it is in Denmark (and most other European countries). That means that even if you pay the same salary as you would pay a local developer, you’ll still save money on living expenses by outsourcing.

In many cases, offshore teams have worked together with your company before so they know exactly what to expect from each other and how to work together smoothly. This will result in less time spent on communication (which can be a big issue when working with people from different countries) and more time spent on actual development.

Get in touch with us today

There are many benefits of having an ODC. We at Accoty help innovative companies like yours in tackling tech talent shortages by building and managing their ODCs in India. You must be wondering why India? To sum up, India has more people. Indian universities produce 1.5 million engineers every year.

We build your ODC from scratch which means every developer is selected as per your unique specifications. Contact Us to either consult, know more, or build your ODC.